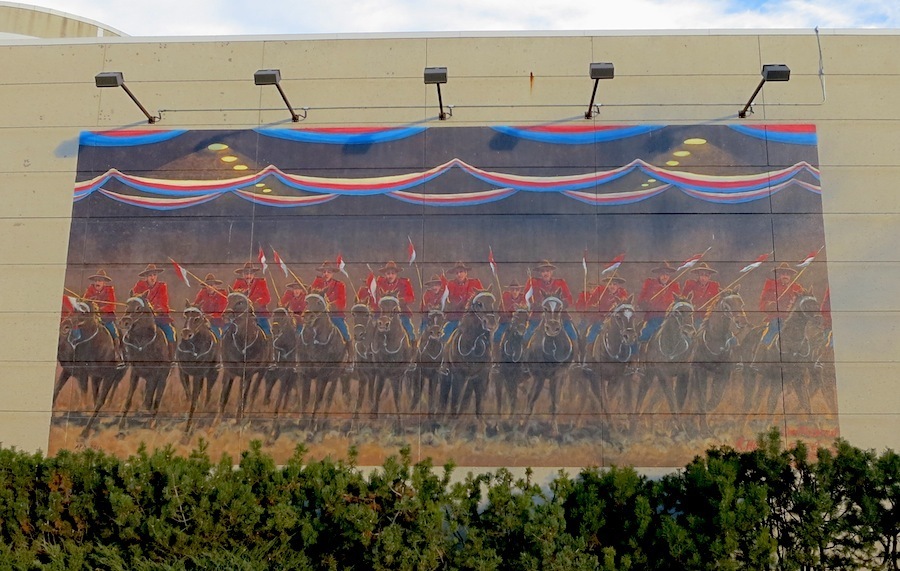 This mural depicts the mounted ride in the Horse Show Arena at Victoria Park. A letter to the Calgary Exhibition dated March 24, 1914, confirms the Royal Canadian Mounted Police Ceremonial Ride would appear at the Calgary Spring Horse Show in May of that year.