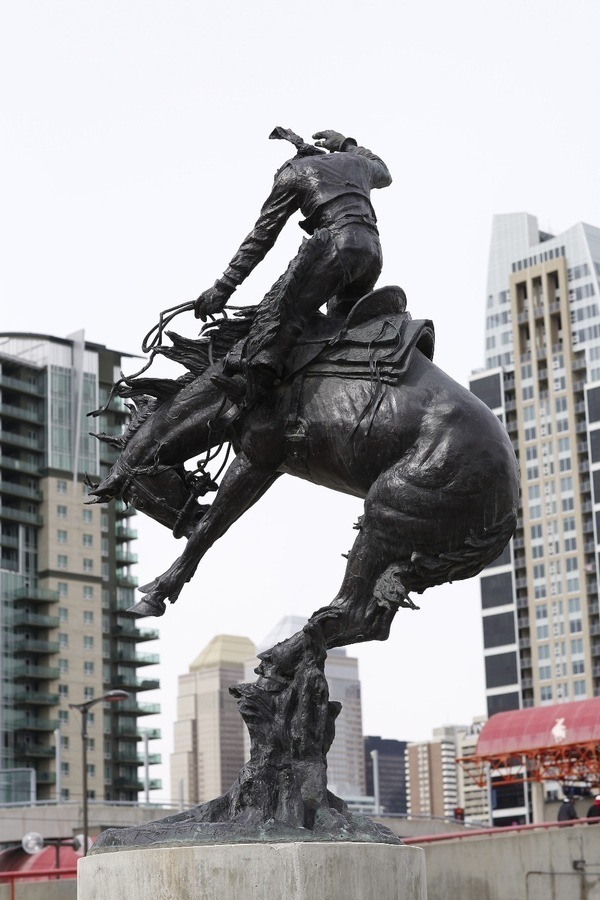 This statue is based on a drawing done by well-known California artist, Edward Borein which was the inspiration of the 1919 “Victory Day” Stampede celebrating the end of World War I.

It was presented to the Calgary Stampede on the occasion of the 75th Anniversary of the Province of Alberta.