Do Re Me Fa Sol La Si Do 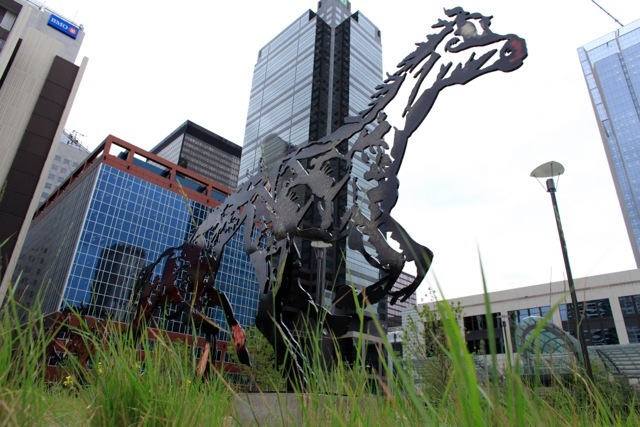 The heroic-size bronze sculpture of eight horses in motion celebrates the sister-city relationship that exists between Calgary and Quebec City; it a tribute to the past, present and the future of the two cities.

The horses of Do Re Me Fa Sol La Si Do, two identical sculptures, reside in downtown Calgary and on Boulevard Champlain along the banks of the St. Lawrence River in Quebec City.

“I have used the Canadian horse as a metaphor to represent sound – a song – a sense of harmony. I added a symphony of colours and then knew it was done” said Farfard.

The Calgary Stampede and Québec City have enjoyed a close relationship for over 50 years. In 2008, the Stampede pledged to honour Québec’s 400th birthday and their friendship with a unique sculpture both cities could enjoy.