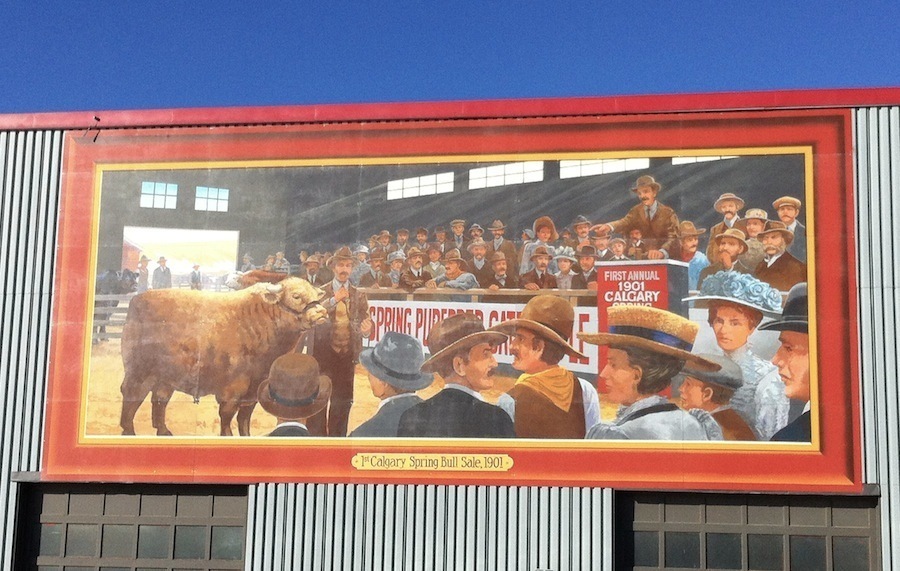 This mural was created to commemorate the 100th anniversary of the 1901 bull sale. Sixty-four head of purebred cattle were sold through the first bull sale held by the Territorial Purebred Cattle Breeders Association on April 12, 1901. Entries from the Shorthorn breeders outnumbered the combined entries from Hereford, Aberdeen Angus, Galloway and Red Poll breeders. S.A. Paisley of Lacombe was the auctioneer for the sale held at Victoria Park’s Frontier Stables. The average price was $85.17.